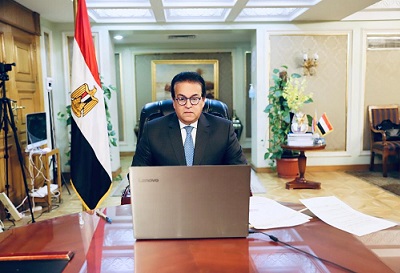 Dr. Khaled Abdel Ghaffar, Minister of Higher Education and Scientific Research, has approved the timetable for conducting student union elections in universities for the academic year 2021-2022.

Dr. Taya Abdullatif – Advisor to the Minister for Student Activities, stated that Dr. Khaled Abdel Ghaffar, Minister of Higher Education and Scientific Research, addressed the university presidents to take the necessary measures and measures, as stated in the executive regulations; To conduct student elections within universities, and to form a higher committee to supervise and follow up on the electoral process at the level of universities throughout the Republic, with each university submitting an adequate report on the electoral process upon its completion.

It is worth noting that student elections are held in accordance with Prime Minister’s Resolution No. 2523 of 2017, amending some provisions of the executive regulations of the Universities Organizing Law promulgated by Law No. 49 of 1972, as well as the financial and administrative regulations of student unions in universities issued by Ministerial Resolution No. 352 of 2019.